It is hard, as well as unfair, to stereotype, or form generalities, concerning the summers of  families in the Desire area. Because the Desire Housing Development was an unusually large housing complex, surrounded by many single family homes, it housed various family types. Consequently,  summers were as varied as the types of families occupying the area. My family, for example, was headed by a single mother which meant she had to work all summer.

Our summers were not determined by what she planned, exactly. They went according to the opportunities that were afforded us.  My grandmother’s house in south Baton Rouge was one of the opportunities Mama’s budget allowed for.  My grandmother was always willing to help my mother with her children. She had a small house, but a great big heart. She loved her grandchildren with all of her heart. We only stayed there for a couple of weeks. And sometimes she would come to New Orleans and babysit us. She baked the best tea cakes. We were always willing to share our tea cakes with our friends. But visiting Big Mama was way better than her visiting us. We were able to see our entire family when we vacationed in Baton Rouge. There was nothing better than hanging out with my cousins and visiting my aunts and uncles.

Visits from cousins was another preoccupation during the summer months. Whenever anyone or any family had cousins from out of town or from just uptown, it was an exciting time. A different face, walk, talk, or laugh was extremely fascinating. The teens in the neighborhood had a new summer crush. The new person represented someone to impress, fall in love with or envy. All emotions were heightened during the summer with the influx of new faces. My cousins did not disappoint. They were pretty. They were handsome. They were funny and quirky, or at least that’s how they appeared to my Desire friends. And they were just as eager to fall in love with my friends. Summers were indeed a blast because of their visits. This was also a time to show off our neighborhood games. These games were played all over the city but, of course, every neighborhood and in some cases, courtyards changed the rules of the games.  These games included such games as, Jacks, Chicago In, Fly In, Cool Can, Horse Shoes, Marbles, (Ice) Pick, Hop Scotch and Jump Rope, just to name a few. We spent hours playing these low budget games. They were all inclusive. There was no age, height or gender requirement, or limit. Specific skill sets were not required. Personal preferences were always a deciding factor in the formation of teams, but played a minimal role in the overall playing of the games.

There were some fortunate families in Desire who were able to travel out of town. It goes without saying that these families were fortunate enough to have two parent homes, their father worked, and they usually owned a car. Throughout the United States, especially in the South, Blacks were restricted in their travel by racist laws and practices. This impacted summer travel plans even for families who could afford to travel. Other children were able to attend camps sponsored by organizations such as boys and girls scout, and religious organizations. There were neighborhood sports teams that entertained the community several days a week. These included girls softball and sand lot sports. My sister, Deborah, was a dynamic softball player

Finally, the schools offered children some form of support during the long summer months. Summers were used for academic remediation and enrichment. Conscientious teachers thought it important to send home supplemental materials (usually discarded or outdated books.)  Many parents could not afford products that would assist their students in school or to insure that previously learned information and skills would not be lost. So many families were blessed by teachers who were forward thinkers. Summer was not just a time for playing but also for continued learning.

It’s Friday and I peeped inside of my refrigerator and thought how my Dad would create the best meals. Determined not to spend money, I decided to go old school and made something I haven’t had in years to satisfy my hunger. A bacon, lettuce and tomato sandwich aka as the All-American BLT, complete with chips. As I sat and savored each bite, I couldn’t stop my mind from wandering to Friday’s meals of years gone by.

My Dad, affectionately known as Smitty to us, was the primary cook in our family and did a wonderful job at it. We were not eating an abundance of fast food on his watch. I guess by the time Friday came, he was tired and sought the quickest meals to fill our bellies. He looked to his version of fast food to get us through Friday nights. It differed from what most people are accustomed to now. It was simply a meal prepared quickly from items found in the refrigerator. It was a treat to venture to Gentilly for take out at an actual fast food restaurant.

Fridays meant either a homemade hamburger, you know the smashed meatball type, or his version of the now popular charcuterie board. Yep, my Dad was creating these back in the 70’s. Stopping in at Schwegmann’s in Gentilly before venturing home, he would shop for everything he needed. Lettuce, tomatoes, pickles, cheeses, Blue Plate Mayo (I hated mayo back then because I knew it contained eggs), yellow mustard, fresh bread, and a large loaf of Schwegmann’s fresh bread. To satisfy the meat portion of his platter, 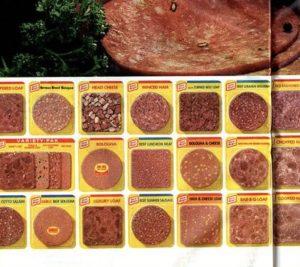 Oscar Mayer’s Variety Pak was the go to. Arriving at the table early, allowed you to get the best choice of meat. The least favored slices took on a sad appearance as they were left uneaten.  Smitty and his Friday Nite “Fast Food” Feasts never sent anyone to bed hungry. 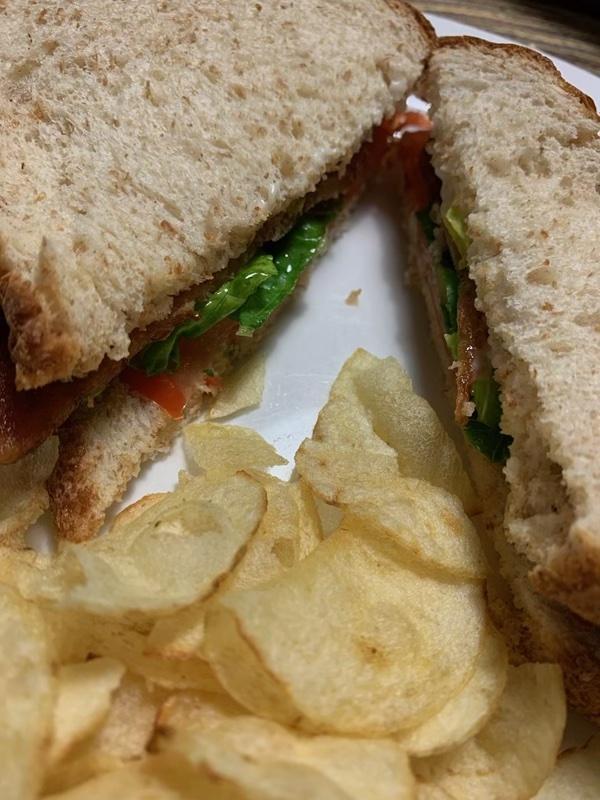